Is Energi a cryptocurrency? Why yes, it is! Here is what they say on their main page:

Being the world’s leading cryptocurrency with the unification of Smart Contracts, Governance & Self-funding Treasury to ensure longevity and enable rapid growth.

How is this statement any different from other cryptocurrency ideals? So many of the others also boast of smart contracts, governance, and longevity. I stumbled across Energi through a Brave ad, which earned me some BAT. On a fluke, I subscribed to their newsletter and now I’m intrigued. 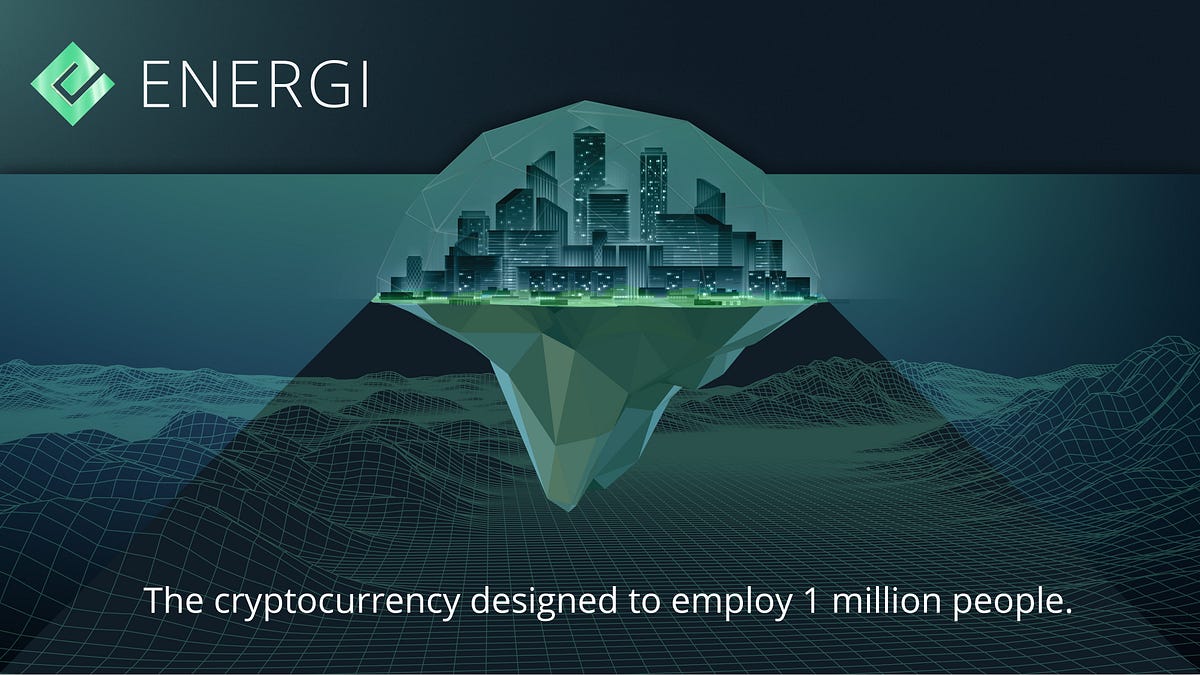 Here’s where I break down and view the reality of Energi’s mission statement.

Being The World’s Leading Cryptocurrency

I have nothing against this sentiment; it’s normal to want to be the leader and the best. However, I find it to be painfully unrealistic. The formerly bearish market has shifted bullish, and now Bitcoin – the reigning leader – has spiked at over $10,000 per coin.

Energi’s NRG is currently valued at $1.95 per coin. The highest value it ever achieved is $9.95 per coin. Compare that to the astounding accomplishment Bitcoin once hit at over $20,000 per coin.

Far be it from me – in this volatile field – to scoff at the ambition to beat Bitcoin; only God knows the future. Being a mere mortal, it looks to me as if becoming the world’s leading cryptocurrency is just a pipe dream.

The Unification Of Smart Contracts

Put into extreme simplicity, a smart contract is a form of digital contract on a blockchain that involves no middleman, such as an attorney. Currently dominating the world of smart contracts is Ethereum, although any blockchain can host them.

Speaking of Ethereum, Energi is in the process of moving to an Etherium based codebase. That’s a fancy way of saying they are jumping on the Ethereum bandwagon  – like too many other cryptocurrencies to list. One of the benefits for investors will be the ease of finding a wallet since so many of them are Ethereum based.

Energi’s whitepaper even says the “smart contracts will be written in solidity, much like Ethereum.” Their development team is currently making a smart contract platform, Energi 3.0, to drive up network effects in order to enhance global usage.

Energi hopes to avoid the mistakes made by their predecessors and top their successes by making community-driven decisions with a strong governance model coupled with self-funding. Decisions made by their community will drive maximum scalability and move toward global adoption.

As with some other currency strategies, stakeholders of Energi vote on decisions directing the blockchain’s future. 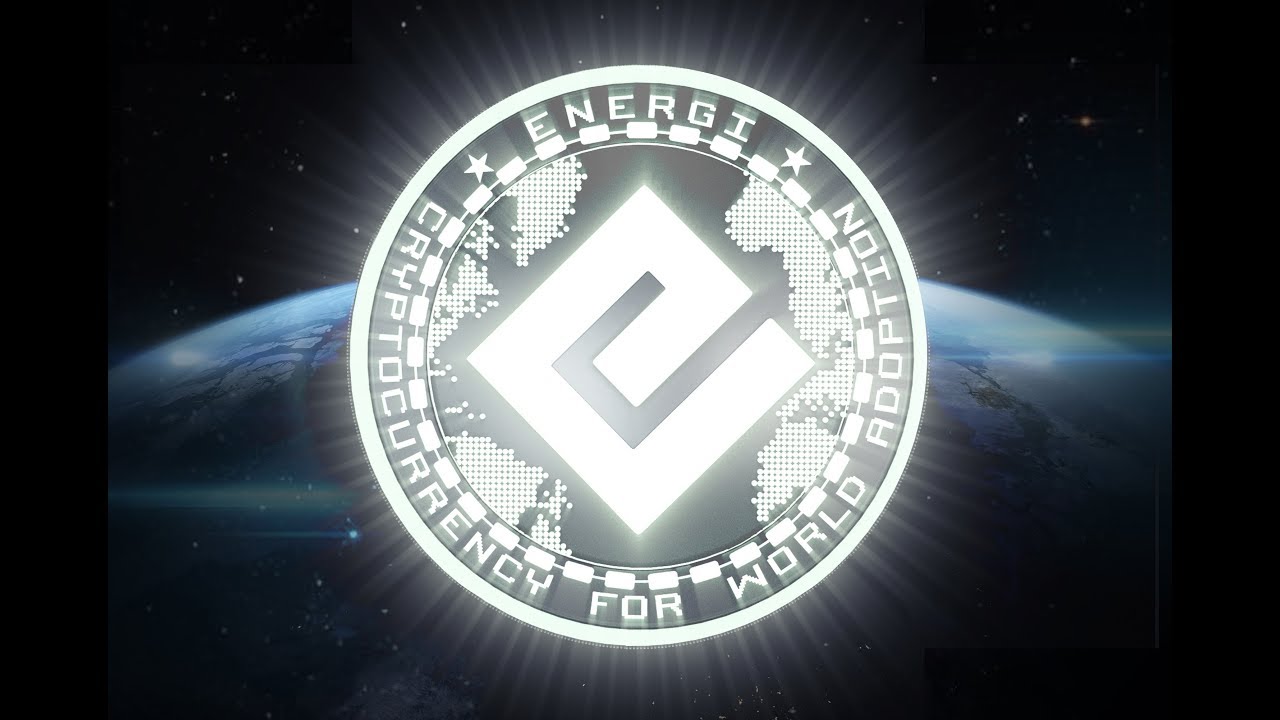 Many cryptocurrencies are started by development teams that lack enough funds to start the whole process, themselves. They will seek funds by hosting a campaign. You contribute to the startup and hope they succeed.

Energi, on the other hand, was started by funding strictly from its founder, Tommy World Power. After its official release on April 14, 2018, more contributors came along. Currently, there are 50.

Since Bitcoin became almost mainstream, it has become easier for new altcoins to be accepted and traded with a higher value than a few cents after only a month’s release. Of course, not all altcoins fare so well.

On June 9th, 2018, Energi hit the ground running at $1.oo per NRG. That didn’t last, but it still managed to hit its almost $10 spike just over a year later. As I pointed out earlier, the spike didn’t last – they rarely do.

As far as longevity goes, no one knows. Certainly, the developers, stakeholders, and contributors all want to see it carry forth into the next decades. It’s a solid currency, but it’s still barely a known name.

Tommy World Power, who doesn’t publicly reveal his real name, is an anti-war environmentalist. There are plenty of people who have trouble taking him seriously because of his name, but there are plenty of others who stand up for him. Whatever you think of his chosen cognomen, his success can’t be denied.

He became interested in cryptocurrency in 2013 and began studying it hardcore as an investor. The more he studied, the more he felt there was something missing in crypto.

He realized cryptocurrencies weren’t going to be able to change from their current manner of doing things, so he decided to invent one of his own. He conceived the idea on July 4th, 2017 and funded it entirely, himself.

When Energi was finally launched in April of 2018, it was one of the few to be released without an ICO, (Initial Coin Offering). It was pretty bold of Tommy to fund a new currency all by himself and then release it in the middle of a bear market (a time when crypto values have been going down and aren’t looking promising at all).

Despite the relative hibernation, if not disappearance, of other cryptocurrencies, Energi began to flourish. This surprising success was due, according to Energi, to strong economics and skilled leadership.

Along with its own governance and finance model, Energi continues its process of fully adopting Ethereum’s current abilities. The people in charge of Energi are in full support of the Solidity (Ethereum 2.0) being developed by the people at Ethereum.

Energi has no plans to stop upgrading its codebase as new ideas and issues evolve over time. You can even join their team and help move along their well-written roadmap if you have the skills and desire.

As Energi nears it’s 3.0 platform release, Energi may become the first and only cryptocurrency to effectually accomplish this combination of major features (strong treasury/funding + smart contracts + governance). Our goal is to bring Energi forth as one of the most dominant, if not THE most dominant cryptocurrency platform in existence in the coming years. We aspire to be a globally-impacting organization with what we feel are the right ingredients to achieve it.

Energi is interested more than just cryptocurrency. They have big plans for educating people and helping implement better, more environmentally sound ways of living on our planet.

Have I invested in Energi? Not at this time.

Would I recommend it? Sure, if you want an altcoin that lasted through the bear market and whose team is active in worldwide environmentalism.

What do you think of Energi? Does their mission excite you? What do you think of Tommy World Power’s name? Is it an exciting title of success or does it remind of a 13-year-old’s gamer tag? Give us your answers and thoughts in the comments below and thanks for reading!

20 Thoughts to “Is Energi A Cryptocurrency?”